This forum is by no means meant to replace the Alternate Tunes forum but rather is designed to highlight the music of those earlier days when it all started and whose influence can still be heard today. Feel free to start your own thread heralding these ground-breakers and Earth-shakers.
Post Reply
5 posts • Page 1 of 1

Following my sequence of Canterbury scene rockers, here´s to Daevid Allen and his amazing band:

About Gong: "It's King Crimson as reinvisioned by stoned Muppets."

If you don´t know them or never heard them and wish to start your mystical journey into Gong´s music i recomend the following albums: 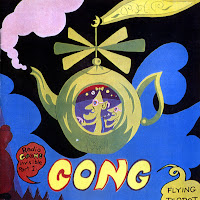 1) Flying Teapot (radio gnome invisible pt.1) :
quintessencial gong, jazzy psychedelia, pot-head pixies, octave doctors and flying teapots.Here you will find the basics to understand their music.I started with this album and i feel this is a good starting place.
At first you might think it´s a little bit odd, but then you get used to it. 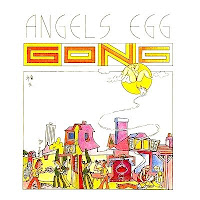 2) Angel´s Egg (radio gnome invisible Pt.2) :
following the jazz-rock mood´s of flying teapot angel´s egg reveals a more spacey side of gong´s music.It still has the rock vibe, but the overall tone is laid-back mellow.
Turn off the lights lay down on the couch/bed and enjoy the music
I recommend listening to "Other side of the sky" and the amazing track "Selena" very trippy stuff!

3) YOU (radio gnome invisible Pt.3) :
The trilogy has reached the end here, as one might expect the ending is often the loudest, the most dramatic and chaotic part of a trilogy.
In this case the most ritualistic and most spacey!
Combining the trippy space-rock atmosphere of Angel´s egg with jazz-rock flavour from flying teapot Gong went on a long, long, long, long space fusion jam session – listen to "Master Builder" – .
It´s easy to get "lost" on this one.Be sure you´re already used to Pt.1 and Pt.2 before you tune into this.
listen to : "Isle of Everywhere" and "A Sprinkling of Clouds" .

Talk about a "complex" history! More line up changes than any band I can think of. One addition Gong did release an album around the Camembert era that was used as a film soundtrack for "Continental Circus" which had some similar "themes" running throughout it (no vocals as I recall other than an announcer from a motorcycle race). I've always loved this album. Recent updates to this article would be the recent release of a DVD which had Hillage, Blake, joining the band for a concert that was apparently part of a festival of sorts which also had Hillage's band performing some of his classics.
Gong sits a top the heap of the "space rock" bands.
Rumors have it that the "classic" line up is recording a new release even as we speak!
Top

The classic line up is certainly touring again (including Steve Hillage, who i always thought was a GREAT guitarist). So I wouldnt be surprised if they're going to record something..

One small point, Coffee, the coloured fonts you use make it hard to read your great posts! Can you use something darker? Best wishes!
Top

I went to Amsterdam back in 2006 for the Gong Family Unconvention. It's basically an entire weekend of bands featuring the various member and former members of Gong. The weekend was capped by the first performance of The Steve Hillage Band in 17 years, which segued into a 2 and a half hour Gong performance with all the surviving members of the You era lineup.

I've seen them about five other times besides that, including when they played at NEARfest last year.

Awesome band. Be sure to check out Steve Hillage's solo albums, particularly Fish Rising, L, and Motivation Radio.
"What can I tell you that you don't already know?
Perhaps nothing"
Mickey Hart

Return to “When Rock Was Young”